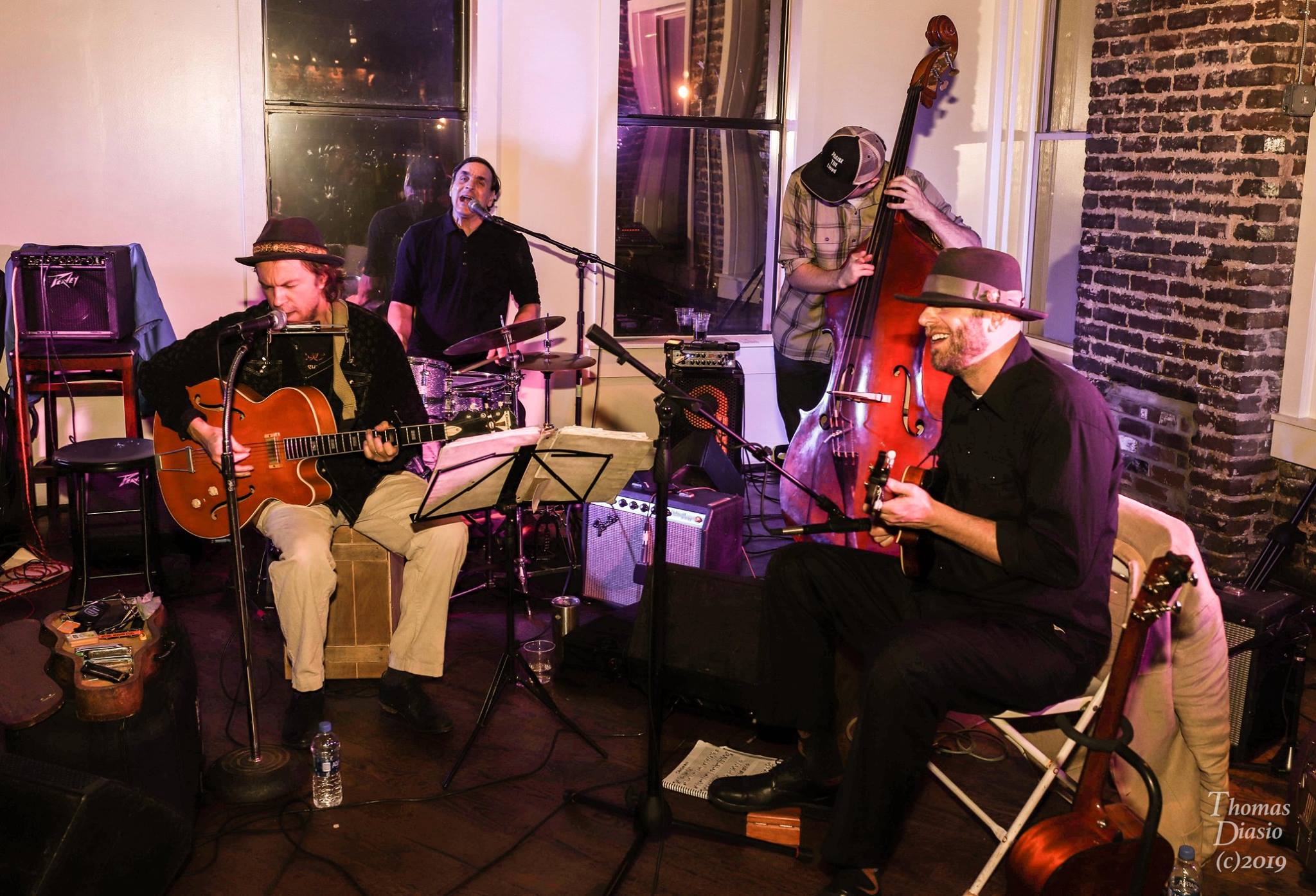 GET BACK TO THE ROOTS WITH LAZYBIRDS!

Lazybirds is a classic American roots band from the mountains of North Carolina. Specializing in good time music that is just about impossible not to move to, there is also a depth to the band that faithful fans have treasured over the years. According to the legendary Doc Watson, “Lazybirds play a good variety of blues, jazz, and that good old ragtime sound, and you will hear the flavor of that in anything they play.” The ‘Birds cover a lot of musical ground, from early American stringband music to Dylan classics, as well as classic sounding originals, but deep roots are what hold all of these sounds together.

The band began twenty years ago, when Jay Brown and James T Browne, who had played acoustic blues and folk together in high-school in Birmingham Alabama, moved up to Boone NC where they became immersed in the rich musical heritage of the Appalachians, while at the same time delving deeper into blues and jazz. Lazybirds was formed with Mitch Johnston on bass and Andy Christopher on tenor guitar and tenor banjo, later adding the great Alfred Michels on guitar and fiddle. More recently, the line-up has changed somewhat, with Asheville musicians Cas Sochacki on bass and shouts, Brad Pope on tenor guitar and mandolin, and Rupert Oysler on harmonica.

Lazybirds have played top festivals across the southeast, including Merlefest, Bristol Rhythm and Roots, LEAF, Birmingham City Stages, and Bele Chere. They have shared the stage with their friends The Old Crow Medicine Show and Doc Watson, as well as The Avett Brothers, Merle Sanders, and Vassar Clements. They’ve been a longstanding favorite in some of the best bars from Birmingham to Boone.
Lazybirds is an American classic worth getting to know.